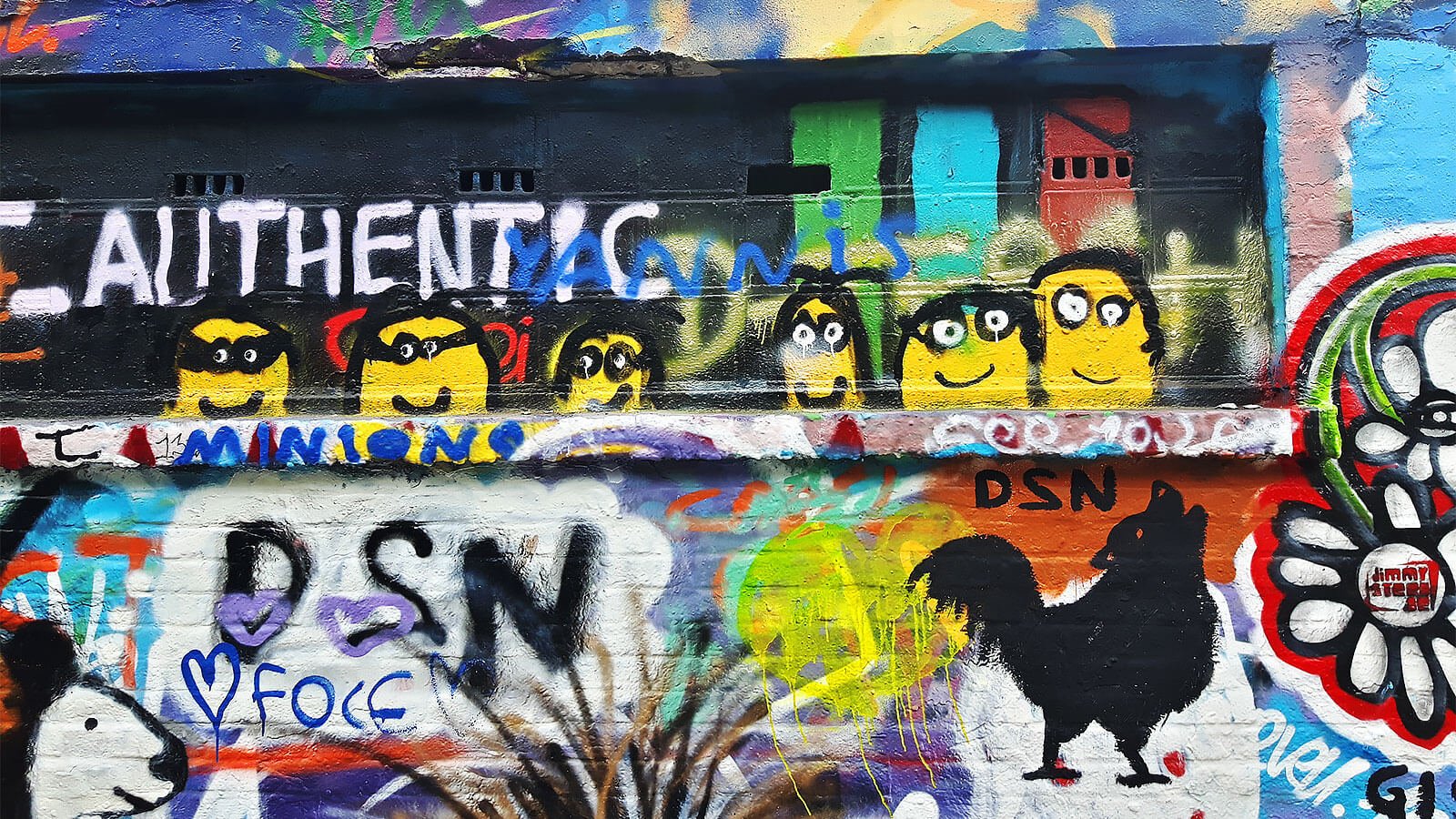 Picturesque canals, ornate medieval buildings, an imposing castle, a line of towers, flowers galore, a dramatic Gothic cathedral, and the superb Renaissance masterpiece, the Adoration of the Mystic Lamb.

When I headed to Ghent earlier this year, I was all about the Flemish Renaissance and Gothic encounters. And beer and waffles, obviously. So I was intrigued to learn about a small alleyway in the heart of town that’s a little more modern in both appearance and concept.

Werregarenstraat connects Hoogpoort and Onderstraat. Once a dull, unimpressive alleyway, it was transformed during the 1995 Ghent Festivities (Gentse Feesten) cultural festival, when organisers encouraged graffiti artists to decorate its walls. The colourful, chaotic result was such a success that officials declared it a permanent graffiti exhibition, open to all. With one rule – don’t paint over works that are better than your own.